In 2005, Warren Mitofsky and I were the guest speakers at the American Statistical Association's event in Philadelphia. Mitofsky was the inventor of the Exit Poll and director of Voter Research Service (the consortium of major media stations that long sponsored exit polling in US elections), the most prominent pollster of his time.[1]

My talk was titled, "Polling Bias or Corrupted Count? Accepted Improbabilities and Neglected Correlations in 2004 US Presidential Exit Poll Data [text, slides, handout]. His was: “2004 Exit Polls: What Bloggers and Others got Wrong”. Here are our abstracts

Here is the text of my talk. Because I had so many fundamental assumptions to challenge and so much information to convey in a short time, I used power point slides not as replication of the text of my talk, but rather as a ticker-tape running through the presentation providing support to my points independent of what i was saying. It was a lot to take in, but my thought was that the slides could be used as a document the audience could refer to after the talk.

I also provided as a handout this tabulation on the election outcome based on exit poll reported voting--that is, how a random sample of 114,559 voters nationwide they voted for as they walked out of the voting booth.

Audience response was very strong. These are my notes and reflections on the event. As with all news of election fraud, no major media reported the event, but the Washington Post reporter did create a graphic from a slide I presented comparing the safeguards in place on Las Vegas slot machine vs their absence in electronic voting machines. This was disseminated widely. 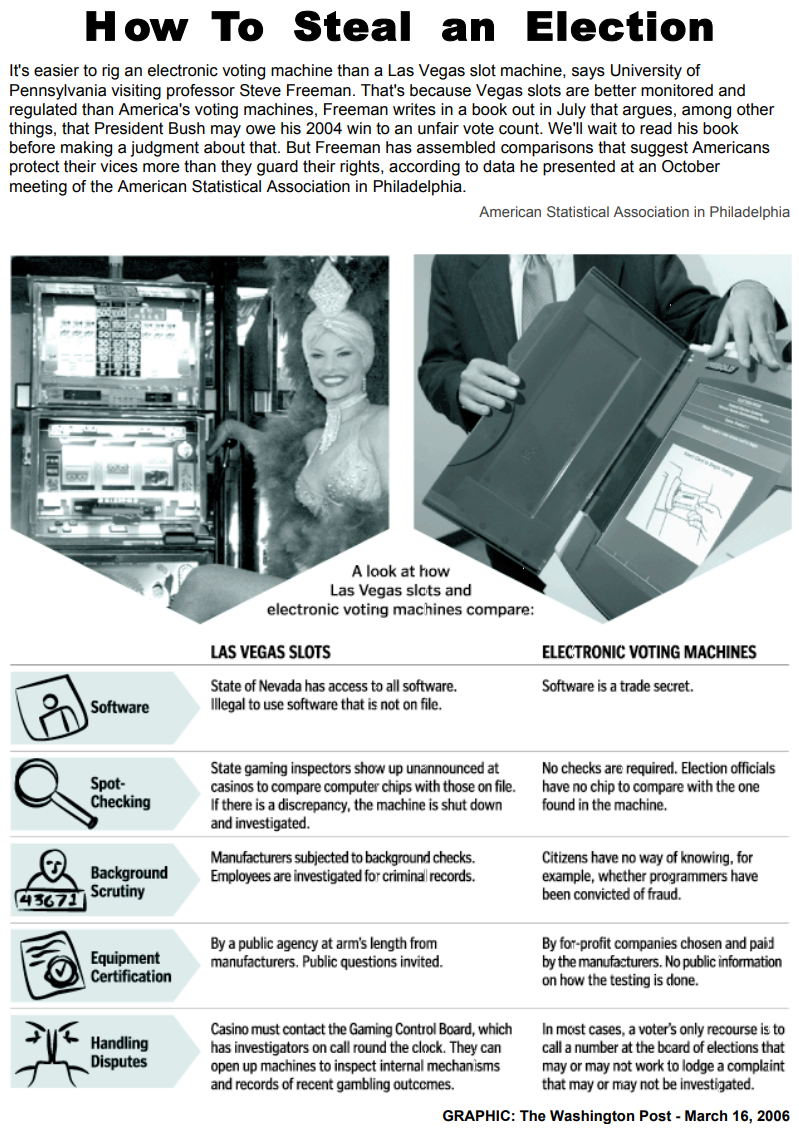